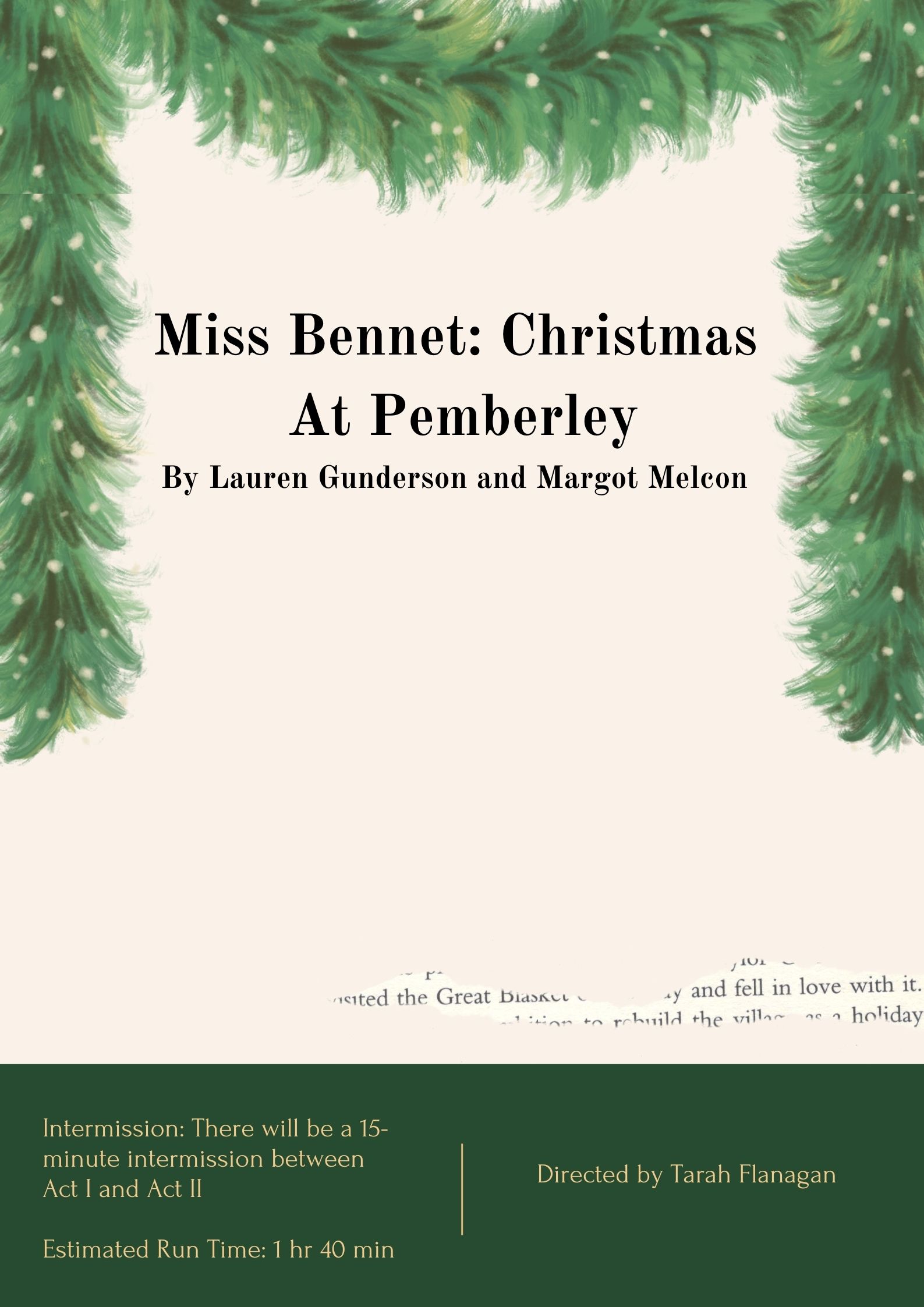 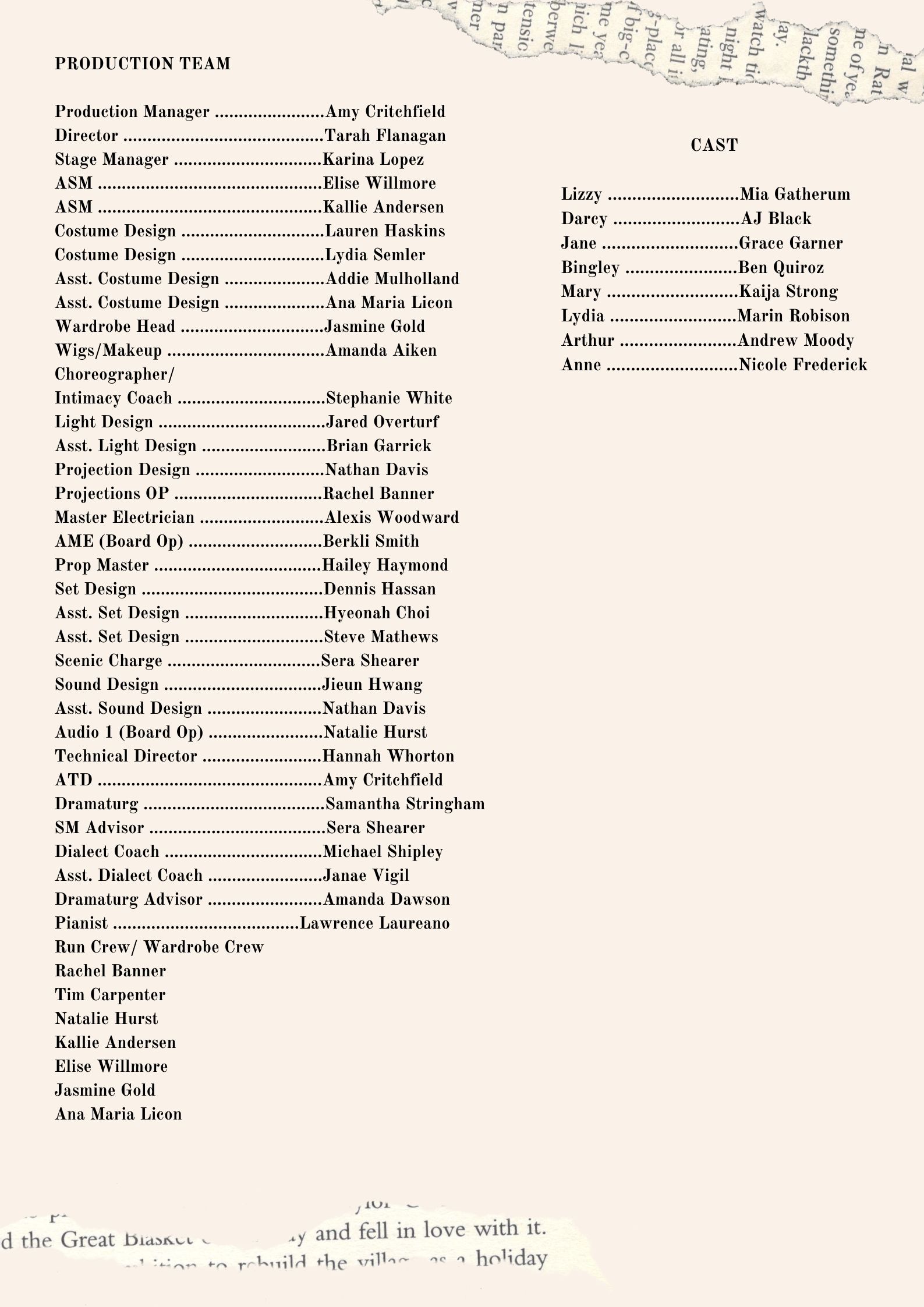 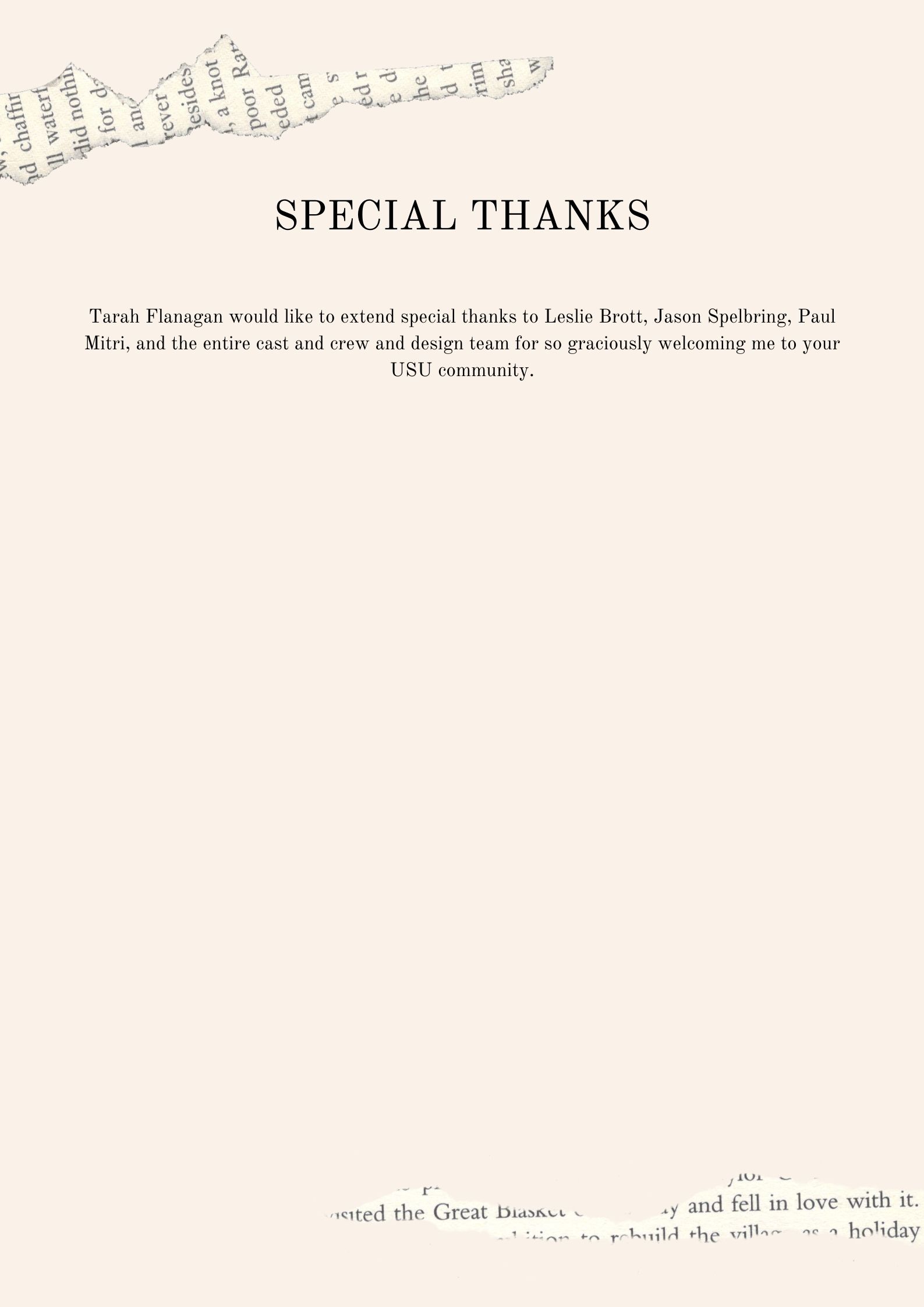 It is a truth universally acknowledged, that every man in possession of a good fortune must be in want of a wife.” So goes the second-most quoted line in all of English literature, at the outset of Jane Austen’s 1813 novel, Pride and Prejudice. While Pride and Prejudice may be second to Hamlet in quotability, Miss Bennet: Christmas at Pemberley is second to none in Christmas charm.

Set in 1815, two years after the events of Pride and Prejudice, and mere weeks after the end of Britain’s role in the Napoleonic Wars, Christmas cheer abounds, family gathers, and a tree grows… inside? Austen’s men in possession of good fortunes have found their wives. Well, most of them. The untimely (though not entirely unwelcome) passing of his aunt, the Lady Catherine, has left Arthur De Bourgh with more money, more land, and more prestige than he knows what to do with. Invited by Elizabeth Darcy, the new lady of Pemberley, to spend the holidays with his cousin and their rapidly expanding family, Arthur must learn to navigate the simultaneous rigidity and freedom of his new life. This task is intensified by the juxtaposition of Arthur’s confusion with the high-spirited, boisterous reunion of 80% of the Bennet sisters. He has been welcomed into their warm embrace, but as anyone met unexpectedly by the “kindest, cleverest, and most beautiful elder sisters in the country; and with the loudest, silliest, and prettiest younger sisters in the country,” would be, Arthur is quite unsure what to do with himself. Arthur’s inherent nature means that he prefers books to people, but one person in particular comes along to challenge that notion. Mary Bennet, at last free from her sisters’ shadow has finally grown into herself, and her newfound intelligence, fire, and curiosity may be just what Arthur needs to take on “the entire world.”

In true Austen fashion, the path to love is never smooth, and Arthur’s journey may prove to be as convoluted and marked with misunderstanding as Mr. Darcy’s and Mr. Bingley’s before him. But within the walls of a homey estate, surrounded by family, and in the shadow of a very large Christmas tree, Arthur and Mary may just discover what it takes to make it in the end.

Whether you are the most devoted of Austenphiles, or entirely unacquainted with Pemberley’s allure, Lauren Gunderson and Margot Melcon have crafted a world to be enjoyed by all, familiar to and appropriate for a twenty-first century audience. Austen told stories about women, the struggles of being trapped within societal confines, class structures, and ultimately, about people and how we all exist in this world together, within seemingly infinite societal pressures and expectations. In doing so, Austen constructs a vigorous and thorough critique of the patriarchal and class-based structures that dominated Regency England and that have a continued universal relevance today.

Gunderson and Melcon have captured these same themes and sentiments, as well as Austen’s signature wit and humor. It is precisely because they so adeptly captured Austen’s spirit that prior knowledge of her characters is not at all necessary. Miss Bennet: Christmas at Pemberley is a story about imperfect people living in an imperfect world and the inevitable stumbles, blunders, and mishaps inherent to such a situation. Mary Bennet emerges as an unlikely feminist hero for today, but one who feels as uncomfortable in her own skin and out of place as we are all destined to be at some point or another.

Mary is certainly not the only thing out of place— Lizzy’s tree has made its way into Pemberley’s hallowed halls nearly three decades before Queen Victoria popularized the tradition in Britain. This speaks, in part, to Lizzy’s slight eccentricity, and the changes she has wrought as the new lady of Pemberley. The tree also points to what may be the play’s central theme: evolution and our propensity for change. The symbolic resonance of the tree is twofold. The Christmas tree has its roots in pagan tradition. It eventually became a symbol of Christ and spread from Germany to the rest of the Christian world, its meaning and significance evolving at every turn.

The other characters’ shock at seeing a tree in the drawing room is not unfounded. For Mr. Darcy and the others, it is not (yet) a Christmas tree, but a regular spruce, and in the drawing room no less. The tree is an outsider (literally) brought in and given a new opportunity to flourish and thrive. As it presides over the play we get to witness its transformation from a large, bare spruce, entirely out of place, humiliated in the drawing room, to something beautiful and important.

Within the world of the play, evolution is primarily discussed within the Lamarkian framework. Lamark, an important predecessor to Darwin, posited that animals are forced by their environments to change. This is certainly true for Mary, whose new situation has finally allowed her to thrive, and for Arthur who seizes their future, the horizon, and the entire world instead of becoming just another man in possession of a good fortune in want of a wife.