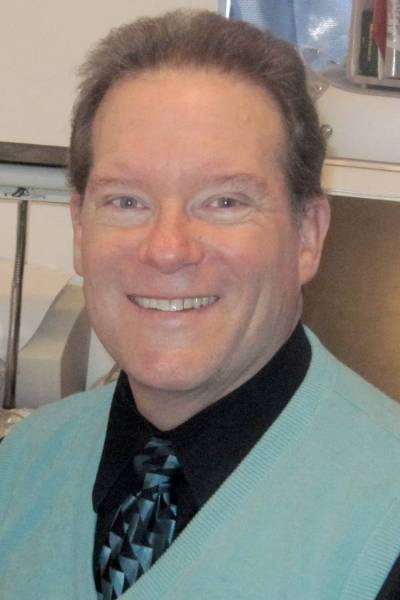 Thomas P. Rohrer is Director of Bands and Director of Music Education at Utah State University where he conducts the Wind Orchestra and the Aggie Marching Band as part of his leadership of a diverse collegiate band program and teacher training curriculum. Having established an international reputation as a conductor and clinician, he is Music Director and Conductor of the Salt Lake [Utah] Symphonic Winds (which performed at the 2006 MENC National Conference) and consistently receives high praise from colleagues and composers for meticulous preparation and insightful interpretation.

A supporter of new music for winds and percussion, Dr. Rohrer conducted over ten premieres in the last five years and has himself composed several original works for various ensembles, twice earning honors as a winner of the Dallas Wind Symphony's composition competition, completing three recent commissions (Synergy for Wind Ensemble, Transcontinental Union for Symphony Orchestra, and Molecula for Wind Ensemble), and receiving the international premiere of Excessive Force for Wind Ensemble.

Under his leadership, the USU Wind Orchestra is held in high regard, twice receiving invitations to the College Band Directors National Association Regional Conference and hosting several noted artists, composers, and conductors. A frequent conductor and clinician throughout the United States and abroad, Dr. Rohrer is published in the Bulletin of the Council for Research in Music Education, UPDATE: Applications of Research in Music Education, Journal of Band Research, Instrumentalist, and several state professional journals, and he has presented at regional College Band Directors National Association and individual state conferences.

Dr. Rohrer is cited numerous times for outstanding teaching, most recently as the 2007-08 recipient of the Marie Eccles Caine Foundation Young Scholar Award and the Utah State University Music Department and Fine Arts Teacher of the Year in 2004. In addition, he was honored as a top-five finalist for the campus-wide Master Teacher Award at Bowling Green State University in 1997. He also taught collegiately at Florida State University and held positions at Northern Arizona University and the University of Cincinnati. His public school experience includes teaching instrumental music in the public schools of Southwest Ohio. A proponent of music education, Dr. Rohrer has visited hundreds of classrooms, and he maintains strong ties with pre-service and in-service teachers.

As a community member, he is on the Community Council for Hillcrest Elementary School in Logan, and he is a member of Kappa Kappa Psi and Tau Beta Sigma—national band service organizations—and Phi Mu Alpha Sinfonia. Dr. Rohrer has degrees in music education and wind conducting from the University of Cincinnati College-Conservatory of Music and a Ph.D. in music education from Florida State University.