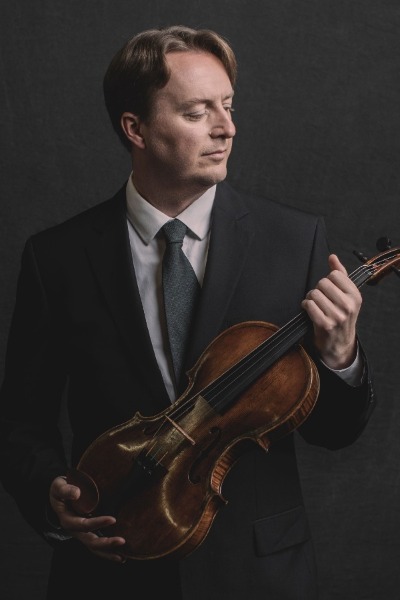 Bradley Ottesen is the violist of the internationally acclaimed Fry Street Quartet. He holds the position of Professor of Professional Practice at Utah State University, and currently serves as the President of the Utah Viola Society.

Hailed as a “triumph of ensemble playing” (New York Times), the Fry Street Quartet has perfected a “blend of technical precision and scorching spontaneity” (Strad Magazine). The FSQ is the endowed Quartet-in-Residence at the Caine College of the Arts, Utah State University, and for more than twenty years has maintained a busy concertizing schedule alongside their dedicated teaching career.

The FSQ has become known for launching new collaborations that explore the role of the arts in social discourse and education. The Crossroads Project is a meditation on environmental sustainability which blends art with science, developed in partnership with physicist and educator Dr. Robert Davies. To date, Crossroads residencies have been staged more than 50 times in 3 countries, and have involved visual artists, filmmakers, actors, and composers.

In recent seasons, the quartet has been involved with the commission, premiere, and recording of new works by composers Gabriela Lena Frank, Laura Kaminsky, Michael Ellison, Clarice Assad, and Libby Larsen.

Prior to joining the Fry Street Quartet, Bradley served as the Assistant Principal Violist with the Calgary Philharmonic Orchestra in Alberta, Canada. His early orchestral career included extensive training with the Civic Orchestra of Chicago, New World Symphony, and the Tanglewood Music Center, performing under the batons of Pierre Boulez, Seiji Ozawa, Mstislav Rostropovich, and Daniel Barenboim.