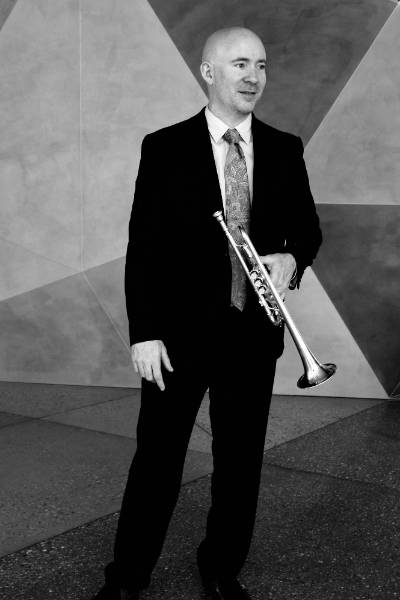 Max Matzen is Associate Professor of Trumpet at Utah State University in Logan, Utah. Dr. Matzen has taught previously at Texas Tech University, the Eastman School of Music, the University of North Texas as well as privately throughout the north Utah region. His students have been accepted into several prestigious graduate and undergraduate programs throughout the United States. His duties at Utah State include trumpet instruction, trumpet studio class, chamber ensembles, high brass methods, Intro to Music (MUSC 1010), and jazz ensembles. Dr. Matzen holds degrees from the Eastman School of Music (DMA, MM), as well as the University of North Florida (BM). His primary teachers include James Thompson, Doug Prosser, Robert Earley, Keith Johnson, and Jim Pandolfi. As a performer he has appeared with many groups in the eastern United States including (but not limited to) the Jacksonville Symphony Orchestra, the Rochester Philharmonic, the Syracuse Symphony, the Charleston Symphony, and the St. Johns River City Band. In Utah, he remains highly active with ensembles throughout north Utah including the Utah Festival Opera, Music Theater West, and the American Festival Chorus and Orchestra, among others. He is also a member of Aggie Music Project (AMP), the Utah State University faculty jazz combo. In summer of 2019, AMP performed at the Montreux, Vienne, and Umbria Jazz festivals. As a recitalist and chamber musician, Dr. Matzen has given performances in Florida, North and South Carolina, Texas, New York, Tennessee, Kentucky, Colorado, Califorina, Nevada, Illinois, and Ohio. Internationally, Matzen maintains a highly active performance career with frequent engagements in Japan, Germany, Switzerland, France, Holland, and Italy. Dr. Matzen is active in the International Trumpet Guild as a contributor to the Music and Recordings Reviews and Pedagogy sections in the ITG Journal. He is also an artist and clinician for the Bach division of the Conn-Selmer Corporation.