Professor of Voice and Department Head 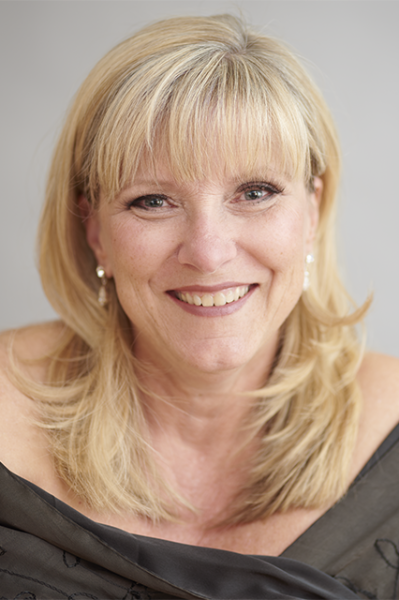 Cindy Dewey, soprano, has performed with symphonies across the U.S. and Canada. She has been a frequent soloist with the American Festival Chorus and Orchestra under the baton of one of her favorite conductors, Dr. Craig Jessop. Recent performances with AFCO include Vaughn Williams Dona nobis pacem with performances in both the U.S. and the United Kingdom (London, Coventry, and Ely), Bach’s B minor Mass, Mozart's Grand Mass in c minor, Mendelssohn's Elijah, Orff's Carmina Burana, Haydn's Creation, Mozart's Requiem, and Mahler’s 2nd Symphony. A champion of new works, Dewey has premiered a number of roles and compositions by living composers. Dewey’s debut at Carnegie Hall in the award-winning 2-person opera Intimations, was praised by the New York Times.

Dewey is Music Department Head and former Voice and Opera Area Head at Utah State University. Dr. Dewey earned her bachelor's and doctoral degrees in voice performance at Louisiana State University where she was a student of master teacher Sandra Kungle, and Metropolitan Opera star, Martina Arroyo. She earned her master's degree under the tutelage of nationally recognized voice teacher, Herald Stark. In addition, Dr. Dewey was a long-time student of Oren L. Brown of the Juilliard School with whom she organized two international multi-disciplinary seminars about healthy voice use, with a faculty of laryngologists, SLPs, theater voice specialists, and singing teachers of all styles. In addition to her three degrees in voice performance, Dewey completed the course work for a second bachelor’s degree in Speech Language Pathology. Dewey is a charter member of the Pan American Vocology Association and is co-chair of the Utah Chapter. During her sabbatical she served as a research associate at the National Center for Voice and Speech, where she worked with Lynn Maxfield, and Ingo Titze. Dr. Dewey is recognized nationally and internationally for her voice teaching. Selected as a Master Teacher for the NATS Summer Intern Program, her students are currently performing at the Metropolitan Opera, Los Angeles Opera, Santa Fe Opera, Glyndebourne Festival and elsewhere, as well as with orchestras including the Berlin Philharmonic, Cleveland Orchestra, Los Angeles Philharmonic, and Chicago Symphony Orchestra. Her students have also been cast in national Broadway tours. Dewey is also a sought-after pedagogue and clinician. Her primary research interest is in the application of SOTL (the science of teaching and learning) and motor learning theory to applied voice instruction. She was one of eight voice teachers chosen from across the U.S. and Canada to present at the inaugural William Vennard Vocal Pedagogy Symposium. Her secondary area of expertise is in applied vocal pedagogy in the choral rehearsal. This has resulted in numerous invitations to present on the subject at universities and arts organizations across China. She has a book forthcoming on improving singing in the choral rehearsal, based on these many workshops and presentations. Dr. Dewey has served as NATS Cal-western Regional Governor, as District Governor for Utah and West Virginia, as well as the Northern Utah NATS Chapter President.