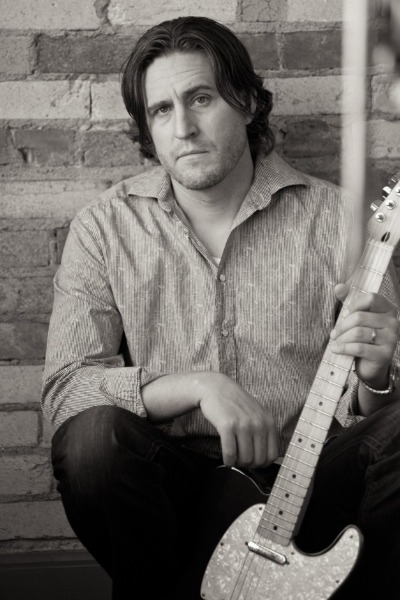 Corey Christiansen is becoming recognized as one of the world’s preeminent guitarists and educators. A recording artist, writer, educator and performer, he has played and taught in literally every type of situation around the globe for the last decade. He has played with Dr. Lonnie Smith, Vic Juris, Danny Gottlieb, Jeff Coffin, James Moody, Steve Houghton, Jeremy Allen and many, many other jazz greats.

“Awakening,” Corey’s first CD as a leader, was the initial release on Mel Bay Records in 2004 and received critical acclaim throughout the jazz community. MB3: Jazz Hits Vol. 1 marked a great leap in his national and international visibility as a player and producer. Jazz Hits Vol. 1 spent three weeks as the No. 1 jazz recording on North American jazz radio.His first performance DVD – “Vic Juris & Corey Christiansen: Live at the Smithsonian Jazz Café” – was released in July 2006.  Jazzwise-reviewer Mike Flynn gave the recording four stars, noting that “…Christiansen is well versed in the guitar’s sonic heritage and his judicious sense of phrasing finds him light-fingered even on the densest of changes and positively euphoric on his ballad work.” Corey currently records for Origin Records. His two quartet releases with Origin, Roll With It, and Outlaw Tractor have received rave reviews. His latest recording, Lone Prairie, received critical acclaim and is Corey’s most important work to date as it blends all the aspects of his background in music blending, jazz, rock, blues and music of the American Frontier.

Corey has authored or co-authored over 70 method books and projects for Mel Bay Publications. He has written many articles for many of the major guitar magazines in North America and Downbeat Magazine. He has the developed The Modern Guitar Community, an online guitar-learning site. He currently is the music head at Education Advantage (an online accredited high school) and on the board of advisors for musiclessons.com.  Corey currently teaches at Utah State University and has taught as an adjunct professor at the famed Jacobs School of Music at Indiana University (2008-2013), BYU-Idaho and is an outreach educator for Caleb Chapman Music. He is also an artist-in-residence at Atlanta Institute of Music (Atlanta, GA), and Broadway Music School (Denver, CO)