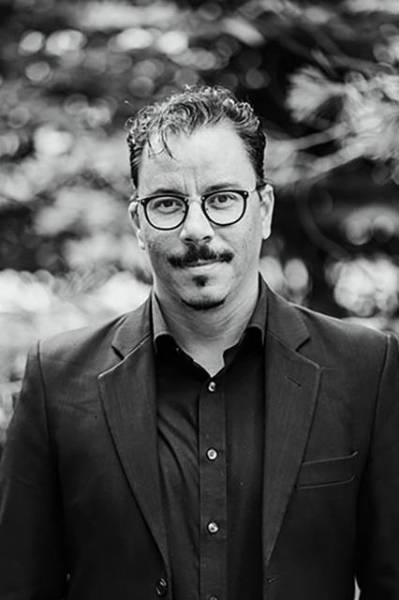 Brazilian clarinetist Thiago Ancelmo has an active career as educator, chamber musician, and orchestral player. Awarded in more than ten competitions, including the prestigious “New Talents of Brazilian Music”, he has performed in eleven countries in Europe, South America, and North America, and in twenty-one states in the US.

An enthusiastic of the music of our time, Thiago has performed music by living composers from an eclectic group of people, collaborating with distinguished performers and composers, such as: Heinz Holliger, Jack Quartet, Nina Shekhar, David Lang, Augusta Read Thomas, and others. He is a founding member of Khemia Ensemble. Khemia is dedicated to reflecting broader perspectives in contemporary classical chamber music by presenting engaging performances, commissioning new works, and mentoring the next generation of musicians. Khemia has embarked on national and international tours, performed at music festivals, and held residencies at important universities across the US.

Teaching has a central role in Thiago’s career. He has taught at the University of Iowa, University of Wisconsin-Platteville, and University of Dubuque. He is constantly invited to teach at music festivals, present lectures, and masterclasses at distinguished institutions in Brazil, Colombia, USA, Portugal and Canada. A strong believer in the social power of music, Thiago regularly brings music to his community, performing in Hospitals, Public Schools, Libraries and Nursing Homes.

As a researcher, Professor Ancelmo have presented lectures on Krzysztof Penderecki’s music for clarinet at national and international conferences, including most recently at ClarinetFest. His article “Henry Lazarus: The life and repertoire of a leading English clarinetist of the 19th century” was published in The Clarinet, and he is currently preparing an article for the “Revista Clarineta” in Brazil. Last year he presented a lecturer at the New Music Weekend organized by the International Clarinet Association where he offered an extensive list of Latin American works for solo clarinet as a referenceable resource to that community.

Furthermore, Thiago has an extensive career as an orchestral player in professional orchestras in Brazil, Switzerland, and US, performing in world famous concert halls such as Tonhalle of Zurich, Detroit Symphony Hall, Sala Sao Paulo, and working with conductors like Kurt Masur, Michael Morgan, Isaac Karabtchevsky, Ligia Amado, and others. A recipient of the prestigious Iowa Performance Fellowship granted by the University of Iowa, Thiago is a DMA candidate in Clarinet Performance and Pedagogy at the U, where he researches the music for clarinet by Polish composer Krzysztof Penderecki. He received a MA with high distinction from the Hochschule fur Music der Stadt Basel in Switzerland, where he was awarded with the “Ruth und Hans Rapp Scholarship," granted by the Rapp Foundation.